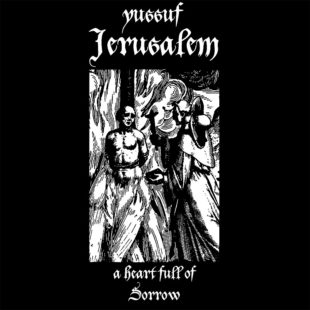 A dillusioned album for broken hearts, A heart full of sorrow is the work of Benjamin Daures, 24 years old, heir against his will of a tradition of loner, which from Ian Curtis, through Morissey, to Kurt Cobain, played everything they had on a record.
their lives were saved (for a while, at least) by Rock\’n Roll. Made in his surburbian bedroom while smoking joints, A heart full of sorrow is a first album, dreaming of other places (the Death Valley or the dry plain of Texas, you chose) as a way to escape the local boredom, the gloominess of Paris\’ outskirts.
Draft ballads, thrown on a 8 track like break up letters to these stalling teenage years.

Benjamin here plays all the instruments : A skullish drum machine, a shy guitare, and uncomfident vocals… While listening attentively, you understand that the fragileness is the force here, that\’s his style is forged in his akwardness that never sound like a pose. We\’re talking about sincerity, nakedness, a striking will of not hiding behind the primitive energy of Garage-Rock, to put back songwriting into angrily-played songs.