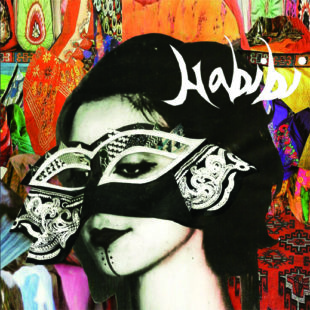 Habibi is the brainchild of Rahill Jamalifard and Lenny Lynch. Together, the two Detroit natives started the all girl, Brooklyn based project in the spring of 2011.
Growing up with the harmonious sounds of Motown and the punk attitudes of Quatro and Iggy, their music invokes the same simplicity and fiery spirit. Jamalifard’s Persian ancestry and Lynch’s love of Middle Eastern culture are evident in the bands name (Habibi’s translation is my love in Arabic), their mystical lyrics, and their eastern tinged melodies.
In the short span of time since their formation Habibi has captured the interest of audiences and labels abroad, eager to hear more of their simple and catchy songs.
The four piece featuring Erin Campbell, on bass and Karen Isabel on drums look forward to their upcoming single and their first full length album.